It’s been very quiet round these parts. Our prolific junior correspondent has flown the nest. You’ll find him over at HampshireBirder’s Blog. 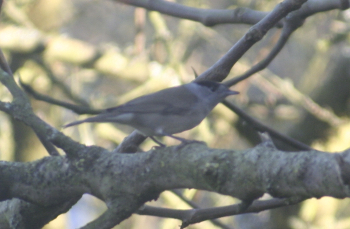 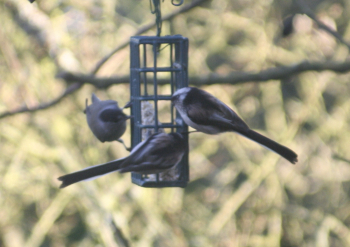 For the last few days we’ve had a blackcap visiting our garden. Here it is sharing the feeder with a couple from our troupe of long-tailed tits.

The Zebra is a wild member of the horse family that can be found throughout sub-Saharan Africa. There are three species of Zebra – the Common or Plains Zebra that is found all over Eastern and Southern Africa. The Mountain Zebra that is separated into two races, the Cape Mountain Zebra and the Hartmann’s Mountain Zebra. Finally the Grevy’s Zebra is the largest and rarest of Zebras and is found in northern Kenya and southern Ethiopia. Zebras are large animals and often overcome attacks from Lions. When being chased by Lions the stallion goes to the back of the herd and violently kicks out behind him. This method often deters Lions, as they cannot risk injury or even death. It is also believed that the Zebras stripes make it harder for Lions to see them, as Lions are partially colour-blind.

Common or Plains Zebra
The most common of the Zebra family that has the widest range of the three species. It is split into three different races that are shown below.
Grant’s Zebra: southern Sudan, Kenya, Tanzania, Zambia and northern Zimbabwe.
Chapman’s Zebra: Namibia, Angola and western South Africa.
Burchell’s Zebra: South Africa, Botswana, Swaziland, Zimbabwe and Mozambique.

The Common Zebra is very common throughout southern and eastern Africa and often forms mixed herds with Wildebeest. It lives in herds of up to 100, although normally these herds would number 15-20. It is a grazing animal and prefers open plains but can be found in bush thickets, woodland, wetland and semi-desert.

Grevy’s Zebra
Grevy’s Zebra are the largest and rarest of the three Zebra species. They have been over-hunted and persecuted for many years in east Africa. There are now as little as 3,000 remaining in the wild. They are a desert animal and are found in the scrub and aridlands of northern Kenya and southern Ethiopia. They used to be common in Somalia but became extinct there in 1973. 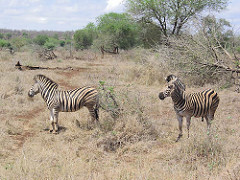 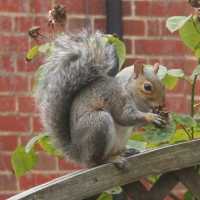 Yesterday we watched a squirrel move home with her three babies. Sharing our garden with two cats had proved too much for her. One by one she carried her babies, tiny mouse-sized creatures with thin tails, in her mouth to their new nest, racing as fast as she could. You may just be able to make one out in the blurry photo on the right. Job done, she returned for a tasty rosehip. 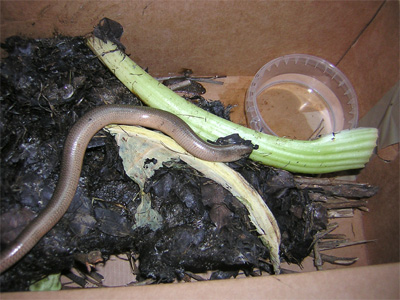 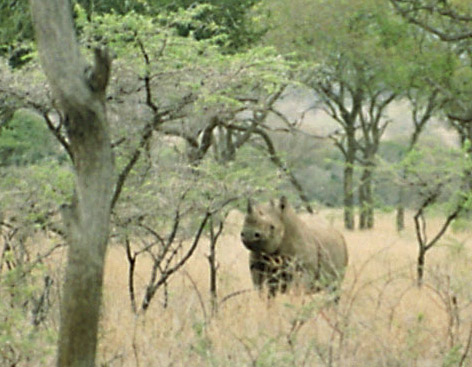 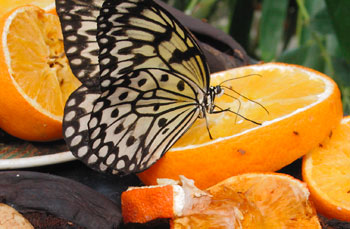 I’m working my way back through unpublished photos — highlights from our trips to the Longleat estate and Centerparcs are now in the photo library.

There are two different types of Kudu, the Greater Kudu and the Lesser Kudu. The Greater Kudu is bigger than the lesser Kudu and have hair along their back and down the font of their throat. Another difference is that female Lesser Kudu are orange whilst Greater females are the same greyish colour as the males. Like most antelope the males have horns but the females don’t. Kudu are found in thick bush or forest where they can camouflage from Lions. They are more common in Southern Africa than East Africa because Southern Africa is bushier than East Africa. Small populations can also be found in the Kalahari Desert. Kudu live in family groups or small herds consisting of two or three families. As Greater Kudu are bigger then Lesser Kudu they have fewer predators. Lions and Crocodiles are the only natural predators of Greaters but Leopards may also hunt Lessers, particularly the females because they are smaller and easier to catch. Kudu have very good reactions and senses meaning they normally survive when Lions go after them. Poachers hunt Kudu for their horns, and the head, like many antelopes, is considered a valuable trophy. Because of this Kudu are classified as Lower Risk in their Conservation status. 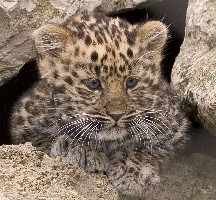