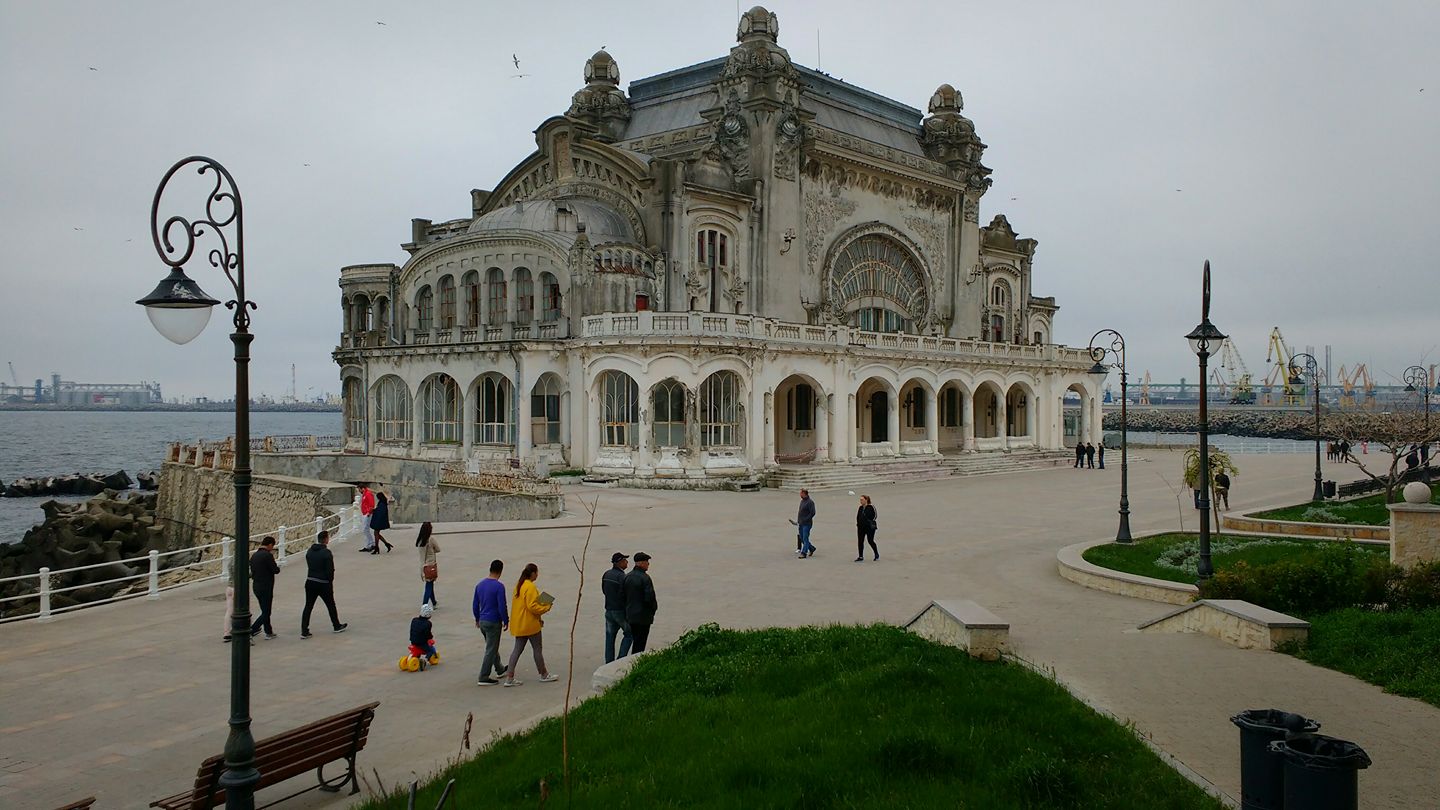 Stefan, our young host at Vama Veche, spoke great English. We found out why. “I worked for a year in Scotland, at Blair Atholl.” Hmm, that sounds familiar, in the Highlands, right? “Yes at the House of Bruar”. Suddenly we remembered, we had been there on our Scottish bike tour of 2015, a very large, roadside, shopping complex with would-be posh restaurant, designed for coach loads of mostly American tourists. Caroline just bitterly reminded me “you couldn’t buy a newspaper there”. Stefan loved the area though, Pitlochry was nice and he would go for runs in the hills, which he won’t do in Vama Veche because he’s scared of the dogs.

Speaking of which, we have not been bothered much by roaming dogs since a week ago back in the west of Romania. Yesterday a few big ones gave chase. You’ll read many recommendations about how to deal with them. Ultrasonic hooters, pepper sprays, make eye contact, don’t make eye contact, etc. This time I’ve been following advice to greet them with an enthusiastic “Hello Johnny!” It works just as well as anything else.

Reaching Constanta was an ordeal, on the manic E87 again, which poured its traffic into the city as if the M1 just dumped its load into Watford. Although our hotel is lovely, and we enjoyed a really nice Lebanese meal, we’ve found the city a bit crap. It’s got a glorious history, Jason of the Argonauts visited, but recent improvements haven’t really tamed the Communist-era concrete and poor planning.

And it feels a little bit intimidating. Small children selling flowers at the waterfront restaurants are nothing unusual, but I’m not sure why this one thought hitting me with a stick multiple times would help make a sale.