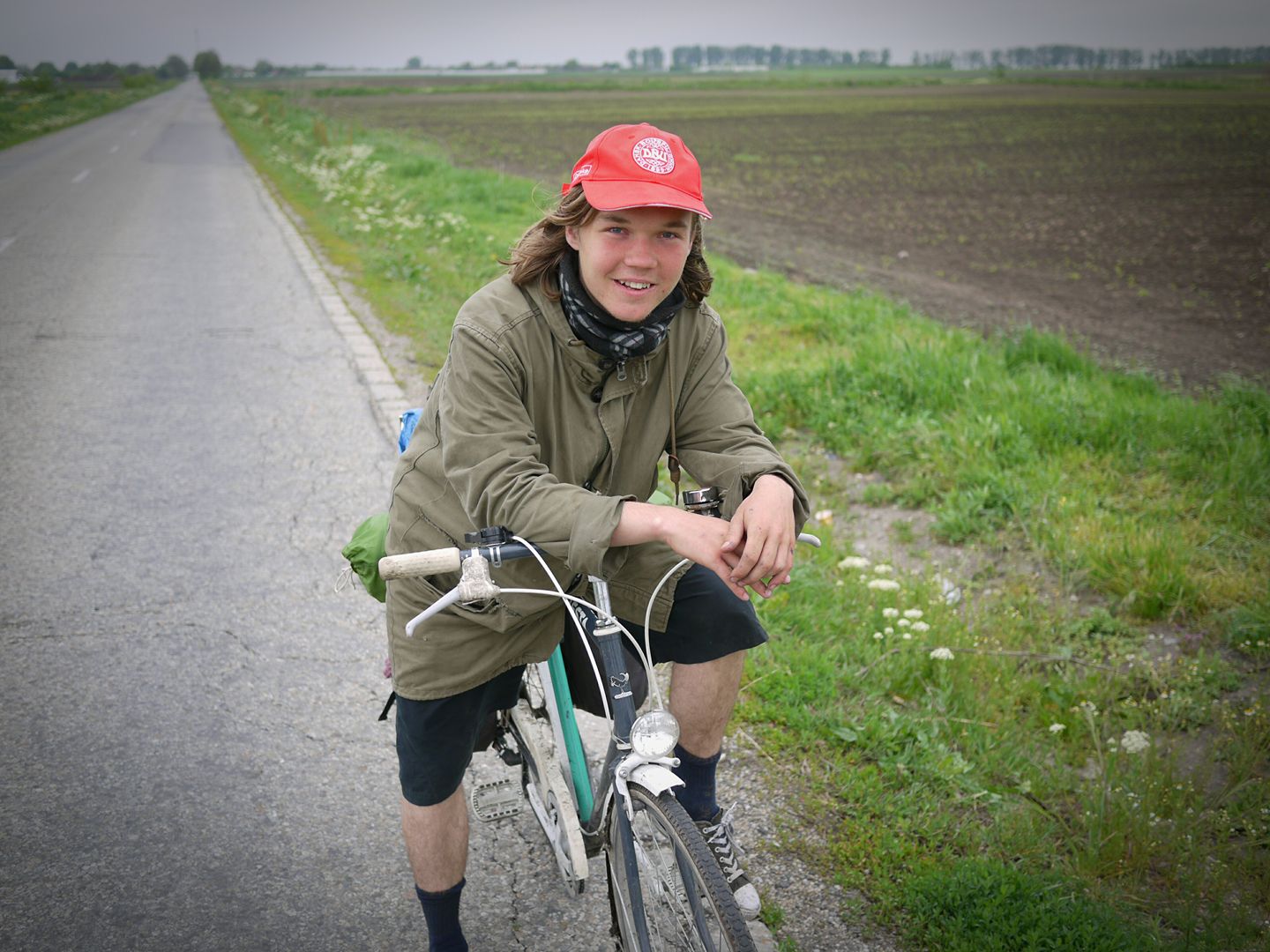 Today was the day for meeting other touring cyclists. In 11 previous days, we’d only encountered one couple, French, with baby in trailer, who were on their way home from a climbing trip in Bulgaria and Greece.

Today, we met Roland and Jana, from Norway, on a honeymoon tour from Budapest to Bucharest. They stayed in the same hotel as us in Bechet (not so much of a surprise as there is only one) and we ate dinner together and compared cycling notes.

On the road, we met Karlis from Latvia, cycling home from the Bulgarian Black Sea coast on an ordinary street bike. A “get on a bike and ride” kind of cyclist, he made all our OCD about equipment seem ridiculous. He was thrilled to be wild camping next to the Danube and waking up to the sound of the bullfrog chorus.

Besides the cyclists, we chatted with a young long-distance lorry driver, who had been visiting grandparents in Nedeia. He explained that only old people live in this part of Romania now. With the arrival of mechanised agriculture, young people moved to the cities, and old people sold their land to Italian and French agribusiness. Now the old people sit on their benches by the roadside, and the arrival of a couple of cyclists seems to make their day.