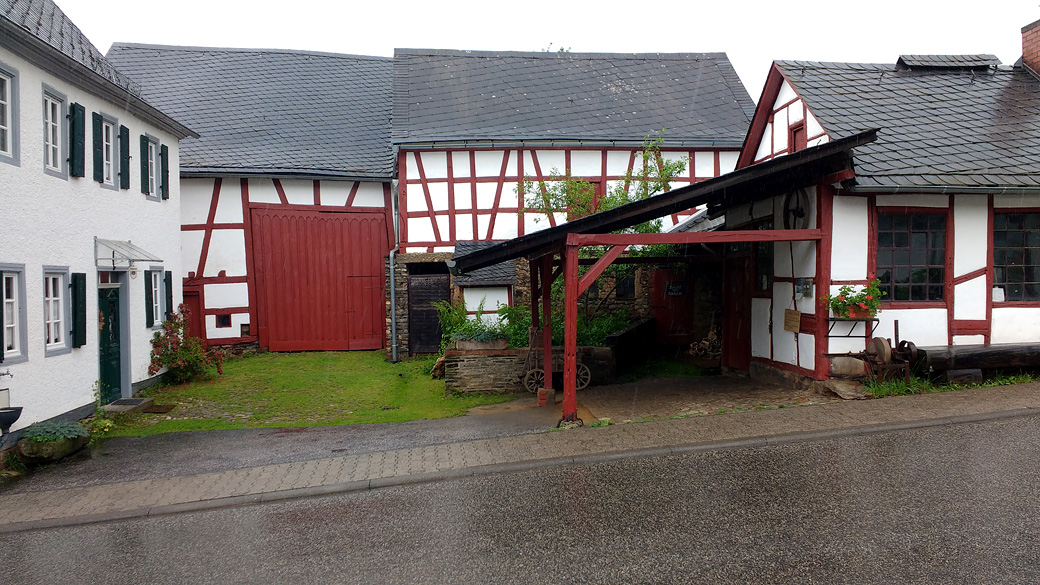 While Caroline continued along the Rhine banks, I took an excursion to the Hunsrück to visit some scenes from my all-time favourite TV/film series, Heimat. In case you don’t know it, Heimat is an epic (53 hours) history of a Hunsrück family through 4 generations. I’ve been preoccupied with it since the first series was shown in 1984. It begins in 1919 and ends in 2000. The family comes from the fictional village of Schabbach where the patriarch is blacksmith. While several Hunsrück towns stood in for different parts of Schabbach, it was the smithy I really wanted to see, and that is in the village of Gehlweiler.

I made an early 5am start and at first followed the south/west bank of the Rhine, then turned left for a stiff climb in steady rain to the Hunsrück, which is a kind of elevated plain at 500m. First sightseeing stop at Simmern was a disappointment. The watchmaker’s shop, which is a reference point in the rise of persecution of Jews and early Nazism, has had a complete makeover and now has a modern plate glass shop front. 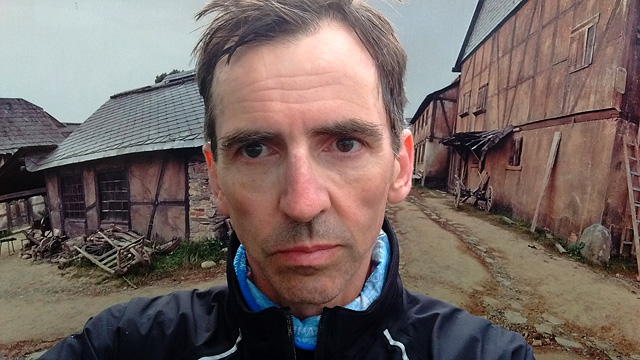 But from Simmern onwards the beauty of the Hunsrück landscape started to take hold, and the long descent to Gemunden was magical. Just around the corner from Gemunden is Gehlweiler. Without any great fuss, the village preserves its older buildings and highlights with photos the role each played in the films. There is a 360 degree photo stand, where a smaller man (or a stooping six footer) could (and did) take a selfie surrounded by the village as it was for filming in the early 1980s, and representing the pre-war small town Hunsrück. The smithy was there, with all tools still laid out on the bench. As the rain intensified to an absolute torrent I was happy to see the real Schabbach at last. 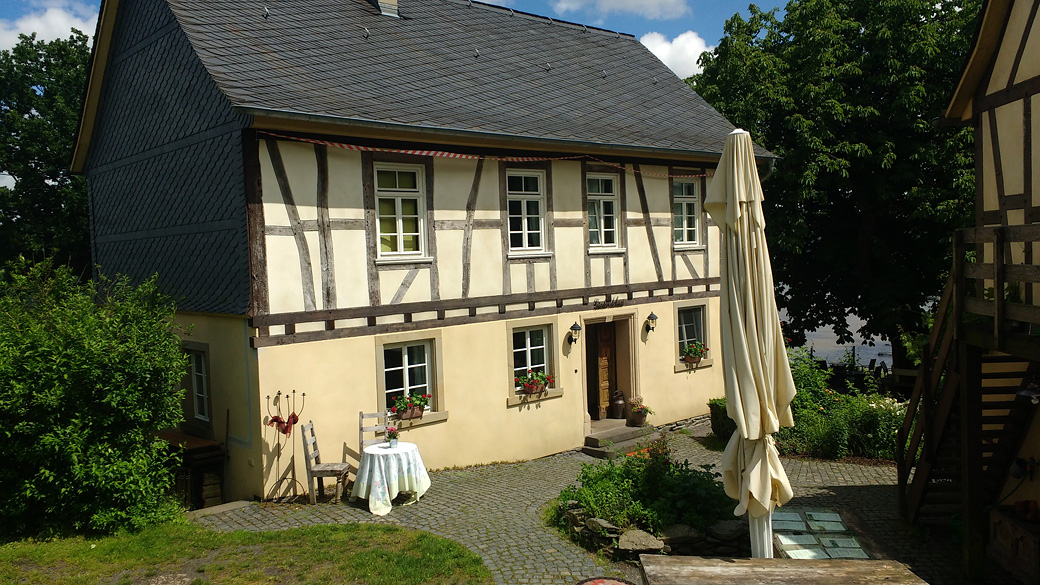 There are many more sights that could have been visited but not easily within a single day’s cycling. But I included one for Caroline. The star-crossed lovers of Die Zweite Heimat, Hermann and Clarissa, finally get it together in Heimat 3. They meet as the wall falls in Berlin 1989, and renovate (with cheap East German labour) a decrepit house high on hillside overlooking the Rhine at Oberwesel. That is now the Gunderoderhaus, a restaurant and film venue and tribute to the creator of Heimat, Edgar Reitz. 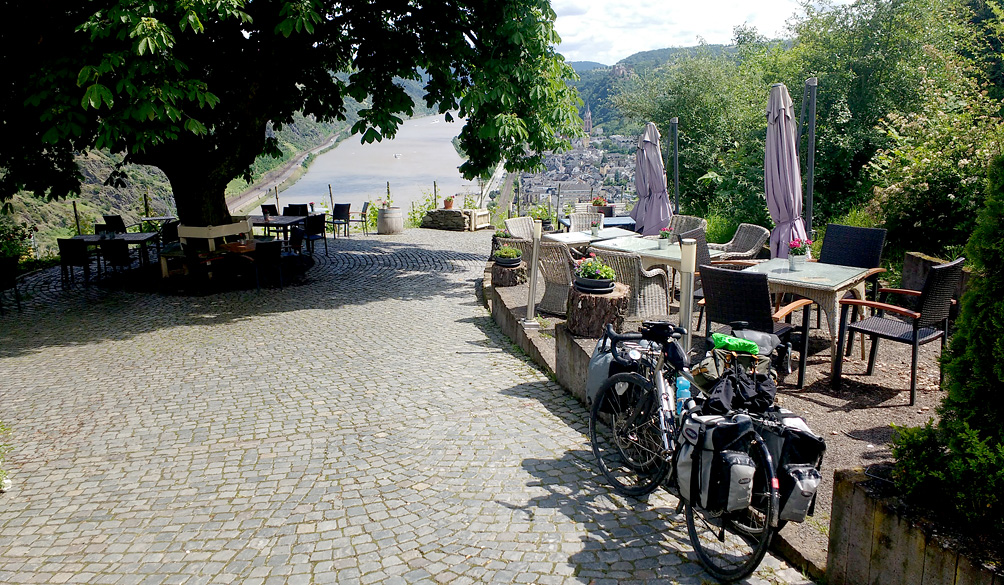 It’s a magnificent spot and is a mere 1km, (and 200m of climbing!) from the Rhine cycleway. We reunited there and had a lovely lunch in Hermann and Clarissa’s dream house, overlooking the most famous section of the Rhine, near the Lorelei rock.