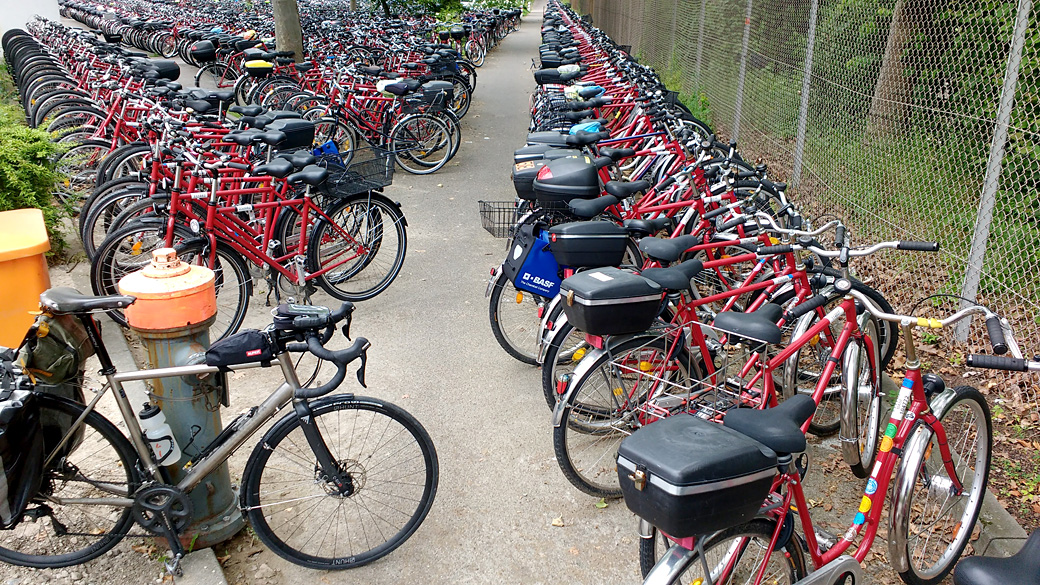 The most amazing sight of today was the BASF factory at Ludwigshafen. It has 200 buildings, occupies a space of over 10 sq km. They must make a hell of a lot of C90s! (Joke. They sold off the consumer division including magnetic tapes and now create only chemicals). It has its own enormous fleet of red bicycles to allow workers to move quickly around the site. 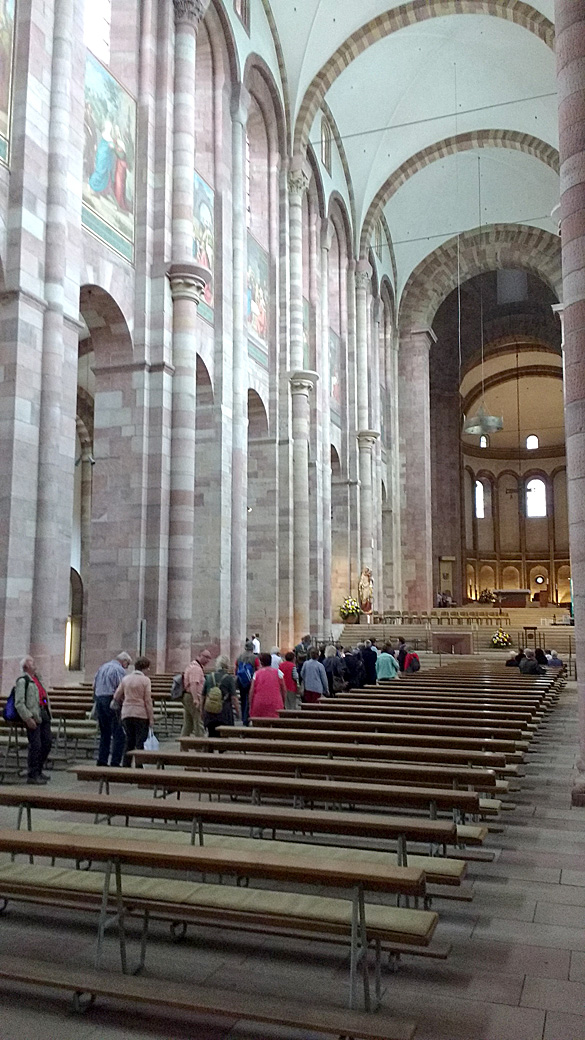 Lunch stop was at Speyer, in front of the cathedral, which is Romanesque and little-changed from its 11th/12th century form, which makes it a refreshing change from the Gothic and baroque of most European cathedrals.

The banks of the mighty Rhine are still widely flooded, so where yesterday was inondée and déviation, today was hochwasser and umleitung. Except the umleitung was less reliably signed so we improvised quite a lot. We had planned to cross the Rhine a couple of times by ferry, but neither was running even though their web sites announced them in service. Still, there is pretty much always an excellent traffic-free cycle route from anywhere to anywhere, so no worries.

We are now in Worms (of Martin Luther fame) and our hotel window has a view of the giant TV screen in the square so we are all set for England v Russia tonight.