We are just outside Reims, the Champagne capital of France, and what a pity, us all being tee-total we can’t enjoy it…

A little sickness in the camp today: Last night’s Buffalo was a little too rare and Guy, Tim S & Tim F looked fairly green this morning and made a late start. On the mend now though I gather!

Breakfast in Beauvais was quite a feast; someone must have told them that 30 cyclists have quite an appetite, so it was lashings of muesli and pain au chocolat all round.

The early kms were a touch chilly, but the peloton rolled easily into our first stop, another pretty village called Arsy. There was a small stir when it turned out the van had not stopped at the exact spot that Andy had so carefully planned, so the first arrivals (usual front runners, Neil, Max, Mike, Tim D, Dom) sat bathing their feet in the pond, waiting for the van to arrive, not knowing it was just around the corner. 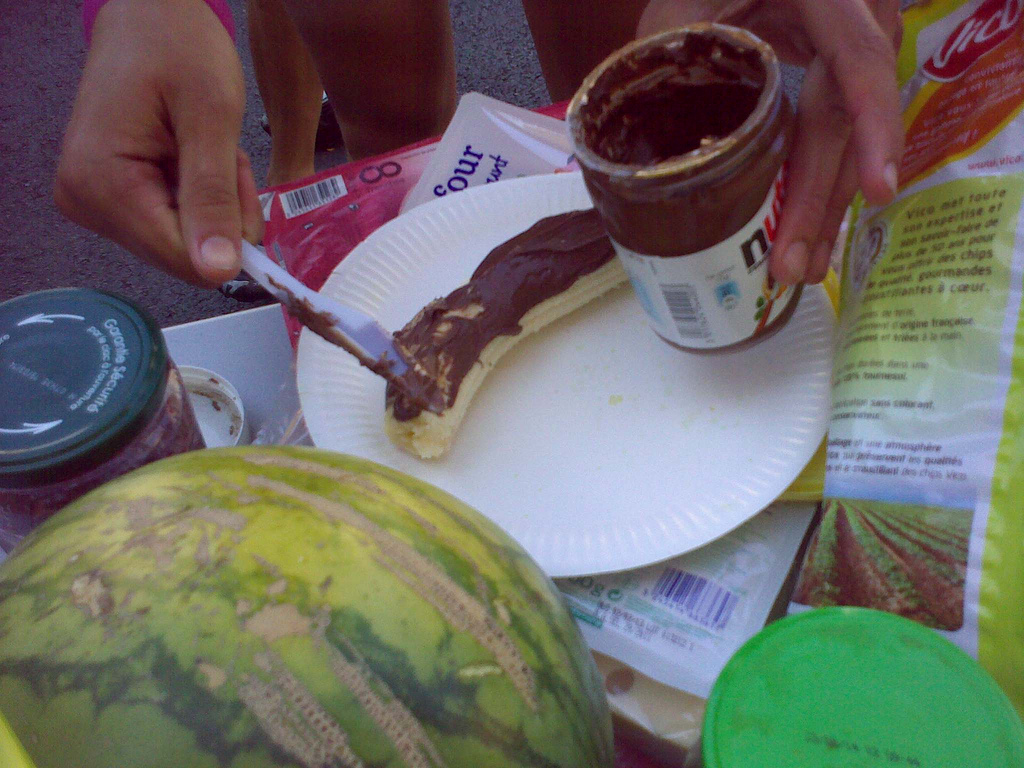 Reunited, we all enjoyed bananas before setting off back onto the RN and this time I joined the front-runners for a fast run via Compiegne into lunch stop at Soissons. The peloton soon arrived, as did the van, and soon we were tucking into lunch, with Tim D setting the pace once again with a banana/nutella combo that caught on like wildfire. Which reminded me of my dessert last night: billed as French brioche but as Jim pointed out it was basically ice cream on toast, which we all agreed would make a great addition to the student cook book.

A bit more sight-seeing in Soissons: Just across the park from our lunch spot was what I think would be politely called a ‘courting couple’, who lay motionless in missionary position for the full hour we were there. We tried to wrench the binoculars off Jamie but he clung on for dear life.

The afternoon was a hot slog into Reims, which my group whizzed through, but I think the Tim/Neil/Max/Ben group stopped off for some tourism. Hopefully they have the team photos, because it looked like a stunning town!