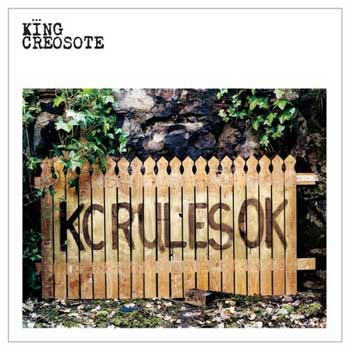 The WOMUD festival this year featured a new ‘Under a Tree’ stage. With my innate ability to mis-hear public announcements (does anyone else hear that message in Sainsbury’s: “cleaner to aisle 8 for a wet spinach”) this filtered through to me as the ‘Underachievers Stage’. This would make such a perfect venue for many of the great pleasures of our musical lives, we have mentally been booking artists ever since.

First to sign were Pooka, a storm at WOMAD 1993 in Carlyon Bay (a perfect beachside location now sadly lost to development), they signed a big record deal with WEA but never made any waves and folded a few years back. Their masterpiece second album Spinning is mostly available in Amazon’s ‘used and new’ listings.

We are keeping a slot open for Katell Keineg, also with a big WEA album under her belt, the wonderful Jet, and still plugging away but willfully reclusive now. Look out for occasional appearances in tiny London venues such as the 12 Bar Club.

Negotiations are underway for a surprise Friday headliner slot. I can’t say too much, but babysitters have been arranged for Harriett Wheeler and David Gavurin.

But I feel we have found our Saturday night headliner for the Underachievers Stage. We spent Friday night auditioning him at the Joiners in Southampton, and I don’t think we could ever hope to find a better fit for the ethos we are cultivating: sheer talent held back by unwillingness to conform. For almost twenty years he has been home-producing CDs from a base in the little seaside town of Anstruther, Fife, at the same time nurturing an enviable roster of local artists; the Fence Collective. As befits the monarch of Fence, he is King Creosote. Like a shy hedgehog coming out of cover for a plate of food, he is getting out a little more these days. In 2005 he cut KC Rules OK a kind of Greatest Hits album of songs from his notebook, better recorded and better promoted, it’s gorgeous. There are sad songs and very sad songs and some with a modest hint of optimism, all sung in his warbly, tenor, honest, beautiful Fife accent. My favourite is an unrequited ditty that goes like this:

King Creosote’s new album Bombshell came out last week, and it promises to be a breakthrough of sorts. As the boys boasted on Friday, it entered the charts at number 71. I’m eagerly awaiting my copy, having obsessed over KC Rules OK for the whole weekend. I wish KC every success in the world, while hoping that he doesn’t get too big for the Underachievers. His song 6-7-8 could be our anthem: