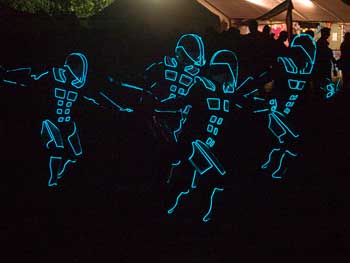 This year our summer tour took in Beautiful Days for the first time. This festival has been widely described as “like festivals used to be”. I think that phrase is meant to distinguish Beautiful Days from the sort of festival that’s sponsored by makers of lager and mobile ‘phone networks, but it must have been created by a twenty-something marketing director. I remember how festivals used to be, and they weren’t like this.

If you’ve ever seen the film of Woodstock, the archetype for later festivals, you’ll remember no food, no toilets, no information, a sea of mud, bands turning up a day late or not at all, playing on a single stage with terrible PA, interminable waits between acts, and some nasty thuggery. Contrast this with Beautiful Days: 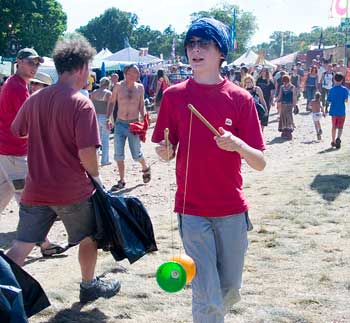 But yes, there were some reminders of how festivals used to be:

The rest of our Beautiful Days photos are here.