It’s not only the music that takes us out on the festival circuit every summer; we also go for the food. Here are some of our favourites: 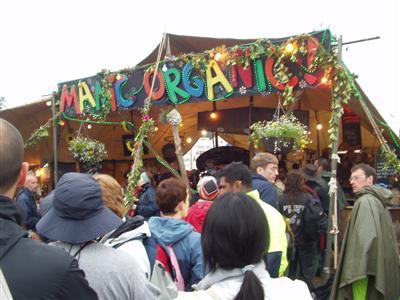 Manic Organic have an established site on the main path through the green fields, as it passes between the Avalon and Greenpeace fields. Also to be found at WOMAD, Beautiful Days, Big Green Gathering, …

We first tried Pizza Tabun at the Larmer Tree festival. We’ve also found them at Glastonbury (in the Avalon field just round the corner from the Tiny Tea Tent), Beautiful Days, and the Big Green Gathering.